A recent update by the Real Estate Institute of NSW indicates that the reforms will be rolled out in two stages in 2019. Exact commencement dates of the new legislation hasn’t been announced as yet but will be sure to keep this updated. The below outline from the REINSW gives some approximate timing and the stages in which the changes will come into effect.

The stages ahead and timing

The anticipated approach is that the changes will be tackled in two stages:

1)      Stage 1: Domestic violence related reforms (this would include a declaration form in the schedule to the Regulations)

NSW Fair Trading are looking to commence stage 1 prior to March 2019. This means that targeted consultation will occur over the coming weeks on the declaration form which has been issued to REINSW (the rest of the domestic violence changes are reflected in the Act). REINSW Legal Counsel and the RTA Sub-Committee have held their first meeting to discuss the declaration form and its content, and REINSW will be lodging a Submission on the declaration form by 28 November 2018.

NSW Fair Trading are looking to implement stage 2 later next year. NSW Fair Trading have informed REINSW that formal consultation on the stage 2 reforms is not planned to occur until after March 2019.

In any case I’m assured that the REINSW will be keeping their members in the loop which I will then update here.

Thanks for following, Antonio

Having attended an Information Session today held by the Real Estate Institute of NSW on the Residential Tenancies Act it appears changes are imminent.

What has arisen out of the reforms are definite changes, though alot of detail and “grey areas” are needing further clarification. The vast majority of these changes are not retrospective.

So what do we know for sure:

So more to come on this as well and more changes as I’ve heard much discussion about reviews surrounding Rental Bonds and what will be some clarity around Mould and Responsibilities.

What I do look forward to, is a transition towards Real Estate becoming recognised as a Profession which is currently being lobbied. This could see the creation of a Real Estate specific commissioner overseeing the industry instead of Real Estate coming under the NSW Fair Trading umbrella. This set of Professional Standards is likely to come about in 2019 following on from reform and changes surrounding Real Estate Agent Licensing and changes to Continuing Professional Development which is being set out at the moment.

What will that mean, Real Estate Agents will have a much higher standard of training and licensing entry into Real Estate roles.

For the time being, all remains the same while the Residential Tenancy Acts’ new set of Regulations is drawn up.

Interesting times as always to be a Property Manager but also a Landlord or Tenant and not only is there much work to be done on these and further reforms, there is a great need for Education across the Property Management and more widely the Real Estate Sectors and this education must then be passed onto Landlords and Tenants who all have a vested interest in this space.

That’s what I plan to continue doing with both my blog and down the track newsletters, sharing valuable and relevant information. I also plan to do this one on one with my Owners and Tenants so that everyone knows where they stand and in turn add value to everyone’s experience with The Management Agency.

I appreciate you following these updates and am sure there will be much more to come!

Reforms to the Residential Tenancies Act have passed without amendment, according to the Real Estate Institute of New South Wales.

“It is important for our profession to understand all of the changes that the new Bill includes. We will be conducting intensive Training Sessions in 17 locations across the state beginning in Sydney next Thursday 25 October and runinng to 29 November 2018.

“The second phase will follow the release of the Regulation, which are the guidelines that dictate how the act should be applied.

“REINSW with the support of the REINSW Property Management Chapter Committee and a dedicated Sub-Committee which formed in June 2015, worked tirelessly to specifically identify those areas in the current legislation requiring reform.”

Ms Pilkington said while many of our lobbying efforts have been adopted in whole or part by the Government, a lot have been ignored, such as the Government’s proposed changes to:

The bill will now be sent to the Governor of NSW for his assent. A date for the reforms to be implemented is yet to be disclosed.

I will be attending an REINSW session covering the reforms in Late October so more details to come!

The NSW Rental market is constantly changing and growing, more than 820,000 households live in a rental property and the demand continues to grow with more and more people renting and renting for a longer period of time.

Yes, we’re heavily governed by the Property Stock and Business Agents ACT (PSBA) and the Residential Tenancies Act (RTA) and we need to be considering how many people live in rented premises and rent out their properties.

Under section 227, the Residential Tenancies Act must be reviewed every 5 years to determine whether or not the objectives and terms remain valid and appropriate. This current review process started back in 2015 and is now finally being debated this week in NSW Parliament.

Much is being said in the media about what is and what isn’t up for discussion.

There seems to be some certain changes in regards to:

The biggest debate stems around “No Ground Termination Notices” and the large majority of people that want to see the ability for landlords to terminate on No Grounds gone all together.

Some years back the notice period was increased from 60 Days to 90 Days and tenants are allowed to leave at any time within the notice period without giving counter notice. That took some time to register with landlords but has always worked well, it’s given tenants ample time to find a new home and the flexibility to secure it.

It’s unfortunate that issuing a Termination notice is being viewed as retaliatory where in most cases the owner genuinely needs their property back, to live in, to renovate, to sell.

All in all, there are some good changes that will help our many tenants make themselves at home and give them some certainty.

It does appear that Owners’ will be left with less certainty if tenant’s will able to break their leases with smaller penalties leaving them open to vacancy, re letting costs etc. No one seems to be all that sympathetic though.

It doesn’t seem that any changes will occur to No Grounds Notices at this Review, but who knows, the next review is only two years away!

All I know is that as an owner or tenant if you can’t keep up with all of this, you’ll soon find out how valuable your agent is because it’s on us to know! I’m waiting for the final bill to pass and will then get reading ?

Here’s a comprehensive list of what the reforms include:

Under the Residential Tenancies Amendment (Review) Bill 2018, the government’s proposed changes to rental reforms in NSW include: 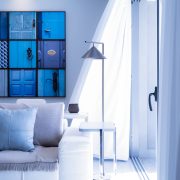 EIGHT FEATURES THAT WILL BOOST THE RENTAL RETURN OF YOUR PROPERTY 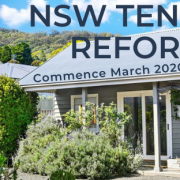 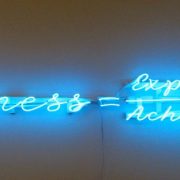 What should you expect from a Property Manager 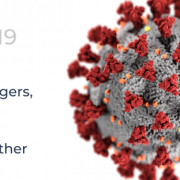 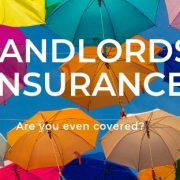 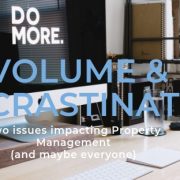 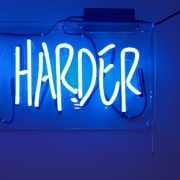 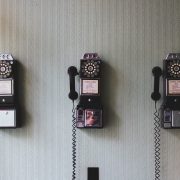 Trouble free tenancies - 5 Tips on How to be a Great Landlord and Tenant!
0 replies

Want to join the discussion?
Feel free to contribute! 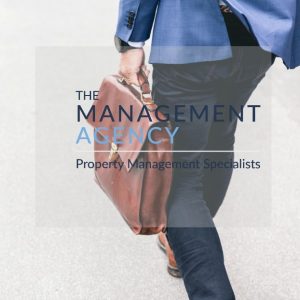 How to live peacefully in Strata Complexes